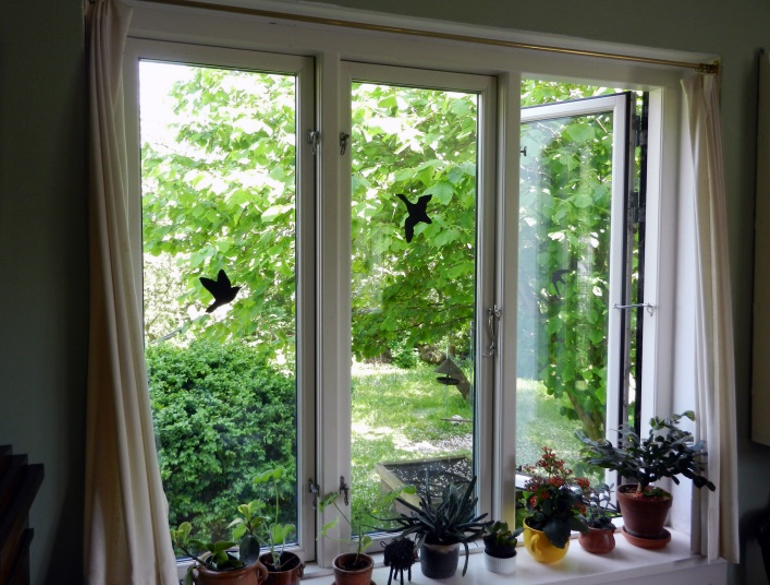 WHAT WINDOWS MEAN TO PEOPLE; INVESTIGATING PERCEPTIONS AND USES OF WINDOWS

Much research that involves windows has at its core daylight studies. This is natural, yet it may also reduce the properties and qualities of a window by indicating that all that matters in a window is daylight: the amount of solar influx. This, however, is not the only story. When people talk about their windows and express what the window means to them in their daily lives, it becomes clear that there is a strong relationship between residents and the windows in their homes, and that this relationship involves daylight but also other qualities.

An anthropological research project performed in 2012 studying 13 Danish families from towns and provinces on Zealand, living in various homes and from various age groups, has given us more knowledge about what the window means to people, how they use it in daily life, and what they value and do not value about the window (Hauge 2013). A total of 24 respondents were involved. The analysis revealed the general understanding of the ‘good window’, and that the window appeared to be far more than a purely functional tool only used to air out the home and to provide daylight. Daylight was the overall and main positive quality that people referred to, but five more themes came forth. Together they describe what the window means to people. The six themes were:

1. Daylight and kinds of light

The high status of the window in people’s lives relates a lot to the influx of daylight. Daylight, and its many variations (scattered, broken, different colours), is in great demand by the interviewees because they feel the daylight contributes with: a) life and energy, joy of life and inspiration, health and cleanliness (reducing the risk of winter depression); b) a daily and seasonal rhythm by being able to follow developments in their surroundings because of the provision of daylight; c) light to see by; d) character to the form and colour of the room.

People appear to desire having a view out but not a view in − or at least one that is under control. A woman in her late fifties, Ginette, says: “It’s all about screening, I mean, it’s nice to be able to look out, to have some sort of contact, wave to people you know passing on the road. But there are no obligations because you’re on your own territory. You don’t need to get involved in conversation.”
The statement underlines the importance of the window’s function as a threshold representing the safe haven inside versus the unsafe world outside.

Being able to follow the sun, literally, inside one’s home came up as a quality of the window. Following the sun involved enjoying sitting in a warm, sunny spot – not in direct sunlight, and feeling the joy from this, as well as children preferring to play in sunlit areas inside. Parents referred to their children intuitively choosing these spots for their play, seeing it as a natural preference and realizing they often did the same, such as placing themselves strategically in a chair warmed by the sun. One woman explained and showed how she had designed her rooms and sitting areas according to the sun’s movement in the sky.

4. Staging the window and the window sill: frames, curtains and decoration

One informant described the window sill as “the site of temporarily placed items”. This gives it a special status and character – that of the dynamic. The window sill turned out interesting because of its flexibility described by most women as an important part of the window, because it: a) is an alternative storage possibility (to shelves, drawers and so on); b) is very functional because of the access to daylight and the various geographical orientations (certain flowers/species must be placed strategically according to amount of light from the north, south, east and west); c) has a purely aesthetic value, a ‘showroom’ that can be played with and used as territorial marker; d) can be used as an extended play area by children, if within sight; e) allows for seasonable variety of use (decoration on festive occasions, a seedbed in spring and so on); f) is a talking point – neighbours noticed when items in the sill were changed and used this as a way of showing interest, a platform for socializing. 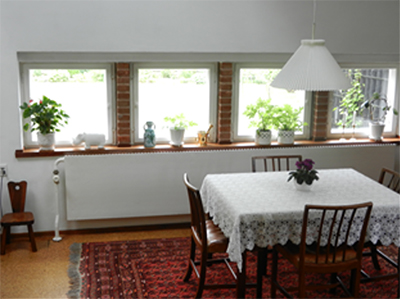 5. The role of the window in social life: distance and proximity

The window gives people access to the world about them and the opportunity to stay in touch with the dynamic, social life and the course of nature. Precisely by providing people with this access to the world, the window creates a bond between people and their environment. This is why we may talk about the ’social qualities of a window’. In social terms, the window seems to be about providing people with a border – a threshold they can control. It provides both distance and proximity to the surroundings (can also, depending on the size, steal the public space).

Discussions about the window also reflect that many informants refer to the window being fragile, and see it as a source of danger: a broken window with needle-sharp splinters; a window shattered by a lightning strike; the possible entry by a burglar. So the window represents a duality: on the one hand, it gives people the much-desired daylight and controlled access to the external surroundings; on the other, people are perfectly aware that the window is associated with certain risks and that it requires the same maintenance like painting and cleaning (not a particularly high priority on the informants’ ‘things-to-do’ list) as many other parts of the house.

What people find most important about the window

For an average person the ’good window’ has the following characteristics:

• gives maximum daylight
• provides a view that is (preferably) beautiful or displays social activity and, thereby, allows the home owner to follow nature’s course and seasons as well as what goes on socially
• must function as a safe border to the world outside (which explains the reason for the home owner wanting control over the view in)
• must be able to withstand the climate and keep cold and damp out – and function trouble free
• must be easy to maintain
• must be able to open (for ventilation) and yet have various ways of closing
• must be placed correctly, according to the size of the house and the heights of the residents
• must not dominate the public room (must not have glass facades that are too large)
• must fit in with the style of the house and the rooms in which it is installed
• has a window sill

In popular perception, the window becomes more useful if it has a sill because the sill has a multitude of functions, imparts a degree of flexibility, and provides the residents with an opportunity to express their individuality.
Some also speak of the beautiful glass in old windows as something desirable in a window.

The study shows that the window is important to the informants’ experience of ‘comfort’ at home. People do not use the word ‘comfort’ but talk more about ‘well-being’, feeling ‘at ease’ and, occasionally, ‘comfortable’. Their ‘well-being’ is especially linked to the window’s importance to the body and senses – that they can enjoy following the sun and the seasons through the window and may open it for fresh air. That a window has these characteristics is confirmed indirectly by studies on fresh air outside and into the home, where people vividly express the physical joy of opening a window to feel the wind and weather, to experience the smells and sounds of their surroundings (Hauge 2010, 2011). Special practices associated with the window, illustrated by statements about how the window is used daily for waving goodbye, and the importance of small displays on the window sill, also demonstrate the status of the window in people’s lives, and that it even has an identity-creating aspect. As provider of daylight, a view and prospect, the window is naturally of importance to people’s experience of well-being but the window is more than that. It has a direct bearing on the knowledge people need, for example about the course of the sun, the importance of the seasons for planting, and in their efforts in decorating the home. People do not decorate and furnish their homes purely in terms of getting maximum sunlight, but also to avoid being dazzled by glare or preventing the furniture from fading. This relationship with the sun and daylight, and thereby also the window, anchors people in the world they inhabit as active human beings engaged in constant interaction with their surroundings. The window embraces a duality of meaning – a safe barrier to the outside but also insecure in terms of representing a potential entry of burglars – but has by far mostly positive connotations and a high status among the informants as a “window onto the world”.

The full report is available online at: