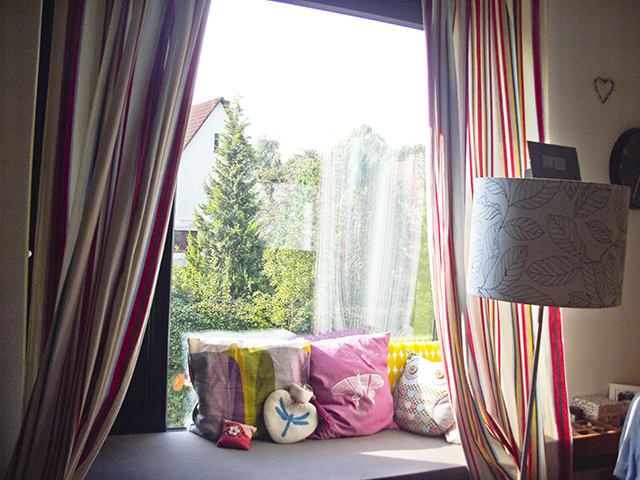 THE SIGNIFICANCE OF WINDOWS TO GERMANS A QUALITATIVE, ANTHROPOLOGICAL INVESTIGATION OF THE QUALITIES OF A WINDOW

This research project has investigated 17 households in Germany (cities and rural areas). The main aim was to learn about the significance of the window to these people: What they think of their windows, how, when and why they use them in their everyday life, if they have a favorite window and why, as well as the opposite. The report also includes a special focus on overheating and people’s strategies against this. Knowing about what people appreciate in a window and their actual practices and the reasons for their behaviour may be useful in many different ways, for instance to inform public strategies for overheating or to communicate with people in a more user informed way.

The people participating in the study lived in different houses and had different backgrounds. They were involved in the project over a period of 3-4 months. The prolonged participation was facilitated through a variety of ethnographic tools that required their involvement, such as making a diary of their heating experiences during a random week in the summer of 2014, taking photos of windows and sending postcards with specific tasks.

What do people appreciate most in a window?

The analysis uncovered the value attributes and general perceptions of what signifies ’the good window’ to the German participants. The window appears as much more than a functional tool used only to provide a view to the world or air out the home. Participants stress that the window must first and foremost safeguard against the weather outside, but their actions and statements also clearly show that the window is imbued with social and bodily qualities. By studying German window practices 6 topics were found, all reflecting what the window ’does’ for these people and, hence, what it signifies to them1:

Naturally some overlapping occurs, but all topics were found among all informants. 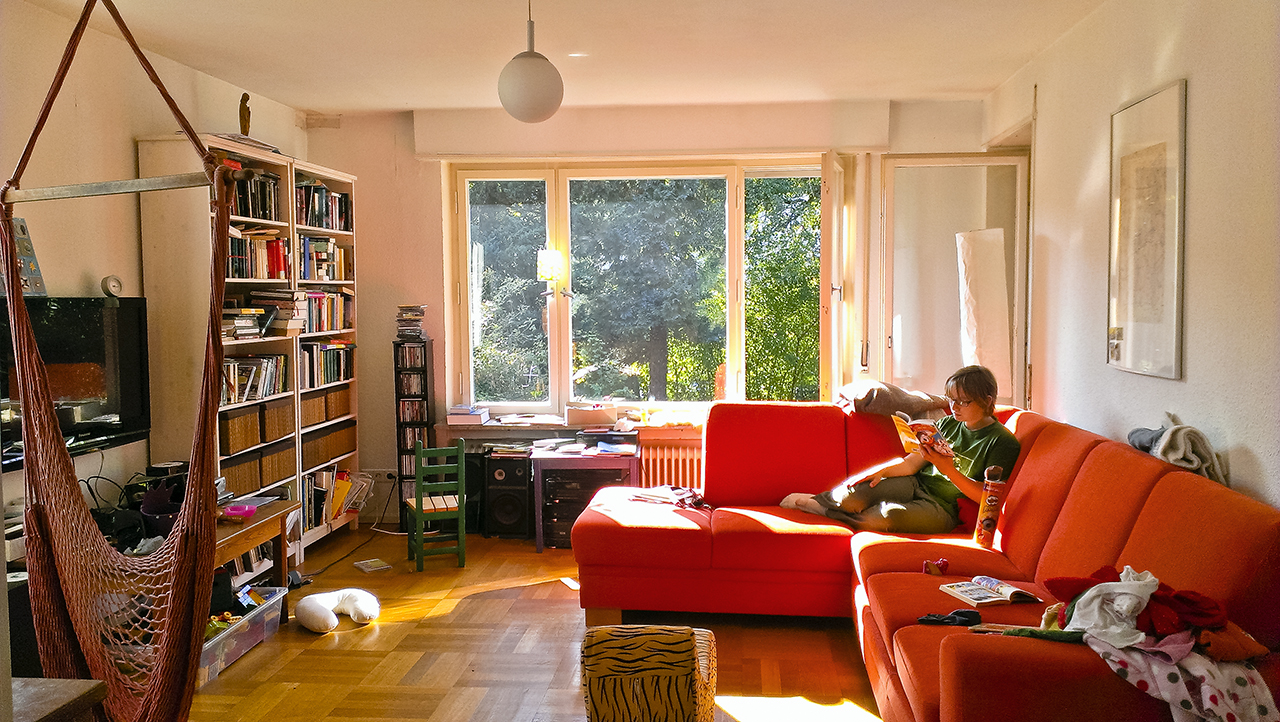 When people talk about their windows and what the window means to them in their daily lives, a strong relationship between residents and the windows in their homes appear. The window gives people access to the world about them and the opportunity to stay in touch with the social life and the course of nature. By providing people with this access to the outside, the window enables people to bond with their environment. This is why we may talk about the ’social values of a window’, something that at the same time provides a safe, physical border to the outside, and a threshold people can control. It provides both distance and proximity to the surroundings. A few quotes from the German participants illustrate these qualities:

The high status of the window in people’s lives relates a lot to the influx of daylight. Daylight is in great demand by the interviewees because, as they express, it contributes with:

In the eyes of the common German in the study, the ’good window’ has the following characteristics, prioritized as follows:

The above 10 characteristics show functional, bodily and social qualities of the window. One example that illustrates its social character is the use of the sill: Many referred to using the sill for placing objects the children had made, thus displaying an important part of the family life (children growing up).

Thoughts about the window are not always rosy. Informants are aware that the window may make them fragile; the possible entry way for a burglar; overheating the rooms due to too much solar radiation. Also, making good use of the window depends a lot on the context, as the following quotes show:

Issues about maintenance and the window glass as fragile material also appear:

So the window contains an interesting duality: On the one hand, the window gives people the much-desired daylight and access to the external surroundings; on the other, making proper use of the window requires contextual knowledge on e.g. noise and where overheating occurs – both annoying precisely because residents cannot control them. The lack of control means that people create strategies for ventilation (to ventilate at the right time to avoid noise or polluted air) and for solar shading to reduce overheating problems. Furthermore, the window is associated with certain risks and maintenance issues. Still, the positive qualities of the window by far override the negative qualities.

The window as a threshold

Another form of duality is seen in people’s desire for a view out but not a view in:

The statement illustrates people’s need to protect themselves against (a sense of) being watched. It stresses the importance of the window’s function as a threshold. Overheating is something less concerning since measures against it may be taken, making people more in control here. Naturally measures against people looking into the home could be taken too, but the prospect of being watched by a potentially malicious person is by far more concerning than the heat coming from an innocent sun. Also, the sun provides people with the much desired daylight and people may be more willing to compromise with overheating, such as accepting a higher room temperature rather than drawing curtains that take away the daylight (and view), precisely because of their pleasure in daylight.

The border between outside and inside is a central issue for people, and also indicates their concern with large shards of glass. It is well-known that windows can be seen as the eyes of a house, and too big windows may in fact prompt the idea of being watched by outsiders. It goes both ways: Another study found that bypassers felt uncomfortable if they came too close to large glass facades in a house. This was based on a concern that residents, sitting behind the windows, might feel they were prying. Thus it is possible to say that large glass facades may challenge the border between house/window and the surroundings.

The window’s relation to well-being at home

The study shows that the window is important to the informants’ experience of well-being in their own homes. The well-being people refer to is primarily linked to the window’s importance to the body and senses – as described in themes 1. Daylight, and 2. Following the sun and seasons – as a provider of daylight and a view. This is why the window also involves bodily qualities, like sensing the wind and weather, smells and sounds from the outside. Special practices associated with the window, illustrated e.g. by statements about the importance of the window for following the seasons, the pleasure of making small displays in the windowsill or using it as a play area, further demonstrate the status of the window in people’s lives and that it even has an identity-creating aspect; ‘show my your windowsill, and I‘ll tell who you are’. 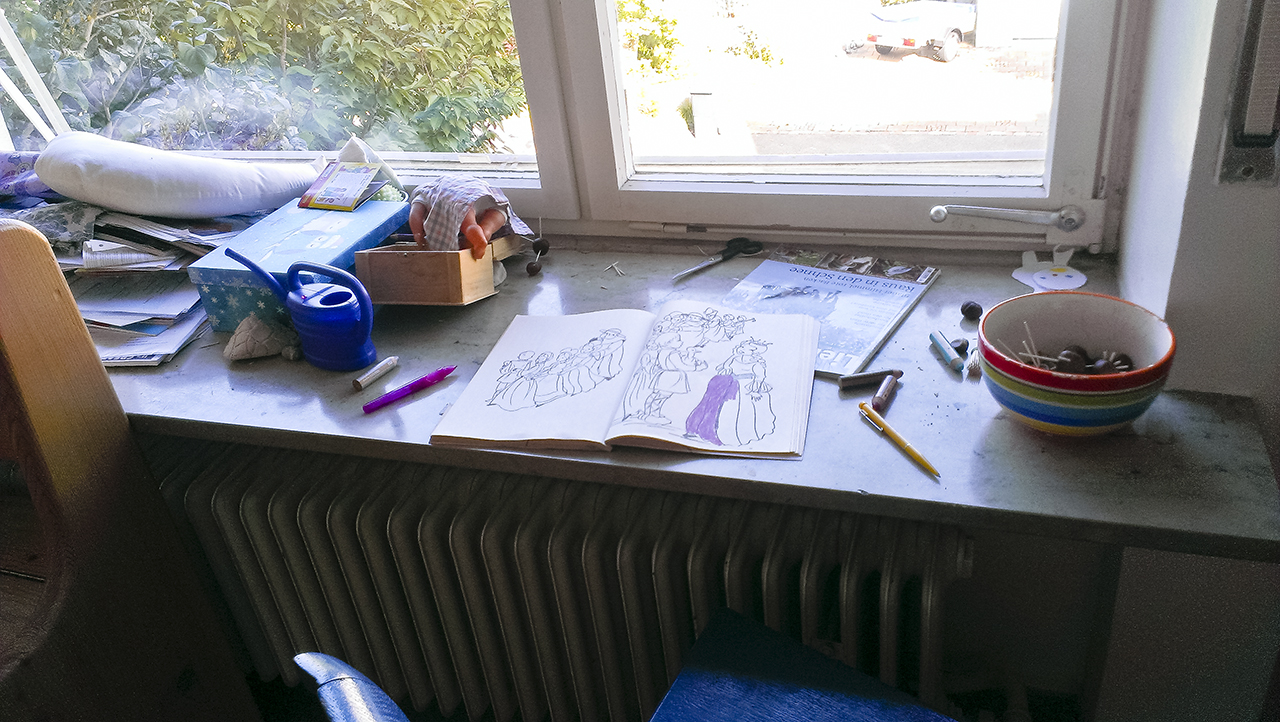 But the window is about much more than well-being, enjoying a view and practical use in the everyday life. The window has a direct bearing on the knowledge people acquire, for example about the course of the sun (and using this knowledge to reduce overheating), the importance of the seasons for growing plants in the windowsill, and for decorating the home. People do not decorate and furnish their homes purely in terms of getting maximum sunlight, but also to avoid being dazzled by glare or preventing the furniture or rugs from fading. This is why it can be said that the sun and daylight – and thereby the window – anchor people in the world they inhabit as active human beings engaged in constant interaction with their surroundings. So the window embraces a complex set of diverse meanings, with overriding positive connotations and a high status among the informants as a window onto the world.

1. Same topics were identified in a similar study made in 2013 in Denmark with 13 families (Hauge 2013).
2. In topic 3 and 6 statements about the importance of being able to open the window to air out, but the topic of how people use the fresh air from outside has been investigated elsewhere (Hauge 2010, 2011).