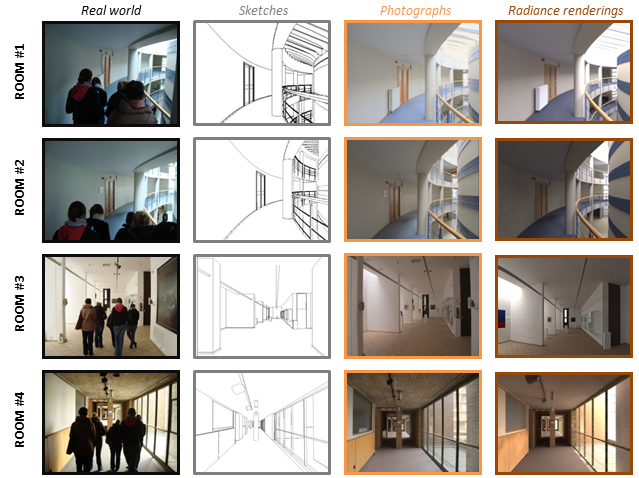 INFLUENCE OF PRESENTATION MODES ON VISUAL PERCEPTIONS OF DAYLIT SPACES

Virtual renderings are increasingly used in the architectural design process and in lighting quality research to assess the visual appearance of indoor environments. Thanks to imaging technologies continuously in development to improve the “realism” of these images, pictures can nowadays be presented in various ways. Regrettably, to date, few studies assert that such images replicate the visual appearance perceived in actual daylit environments.

The present research investigated the perceptual equivalence between actual daylit environments and images. Two types of images – photographs and virtual renderings – were studied as well as four modes of presentation – QuickTime virtual reality (QTVR) panoramas, 2D display, 3D display, and high dynamic range (HDR) display. The illustration below show the photograph to the left and virtual rendering to the right. 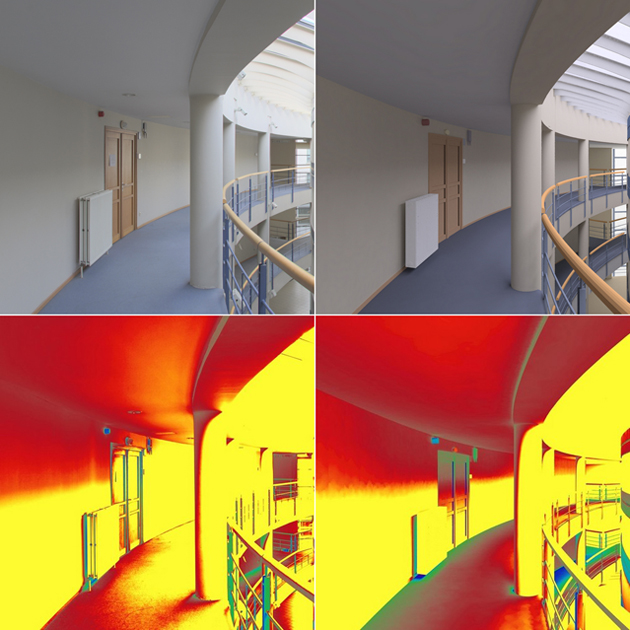 Eight groups of 40 students viewed four daylit corridors and filled in a questionnaire about the appearance of lighting and space elaborated for the study. The corridors were presented in several ways: a first group of participants visited the actual rooms while the other groups visualized, in a lab context, their reproduction in sketches, photographs or virtual renderings.

Coralie Cauwerts graduated from the Louvain School of Engineering (EPL) at the Université catholique de Louvain (UCL) with a Master in Architecture and Engineering in 2007. She conducted her thesis between 2009 and 2013 as a research fellow of the Fonds de la Recherche Scientifique (FNRS) and she successfully defended her PhD thesis in November 2013.