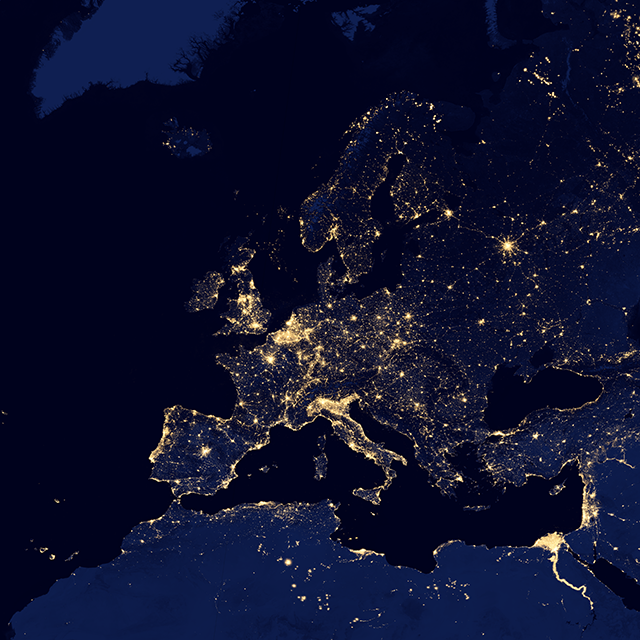 Earth Hour started in 2007 as a lights-off event to raise awareness about climate change. It has grown to engage more than 162 countries and territories worldwide. This year #EarthHour is on Saturday, 28 March 2015 at 8:30 pm local time.

Help us spread the word! Earth Hour 2015 is about getting the crowd to use #YourPower to change climate change. Every action counts. Use the Earth Hour poster, logos, web banners, social media tool-kit, or create your own event. You can also have a look at the official Event tracker to see if anything interesting is happening near where you live.

The Earth at night

The images below are composite assembled of data acquired by the Defense Meteorological Sattelite Program in 1994-1995, and the Suomi National Polar-orbiting Partnership satellite in 2012. They show the Earth’s city lights at night.

Away from the cities, much of the nightlight observed is wildfire. In other places, fishing boats, gas flares, lightning, oil drilling, or mining operations can show up as points of light. The number of rural lights is also a function of composite imaging. Fires and other lighting could have been detected on any one day and integrated into the composite picture even though they were temporary. That seems to be the case in central and western Australia, where many lights appear in this map. Different areas burned with wildfire at different times that the satellite passed over, giving the impression (in the composite view) that the entire area was lit up at once. 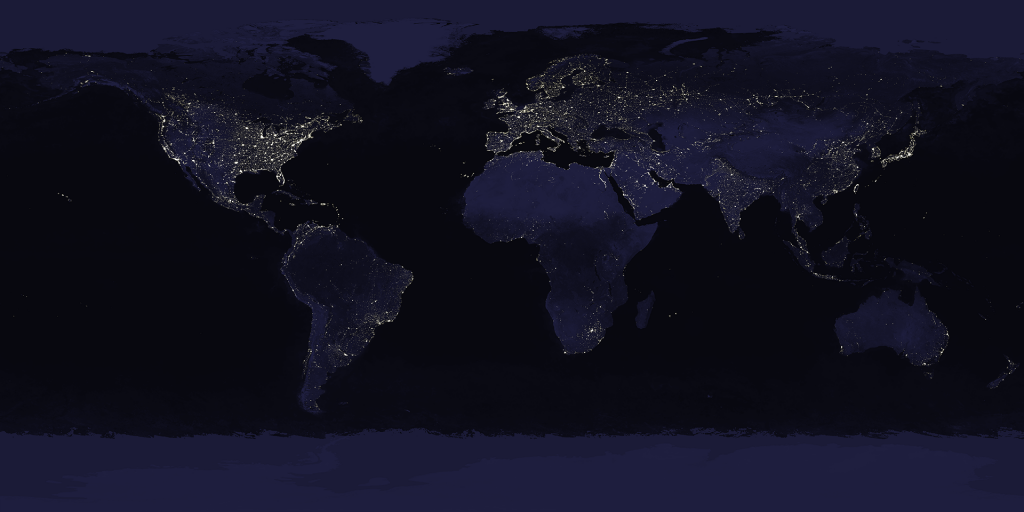 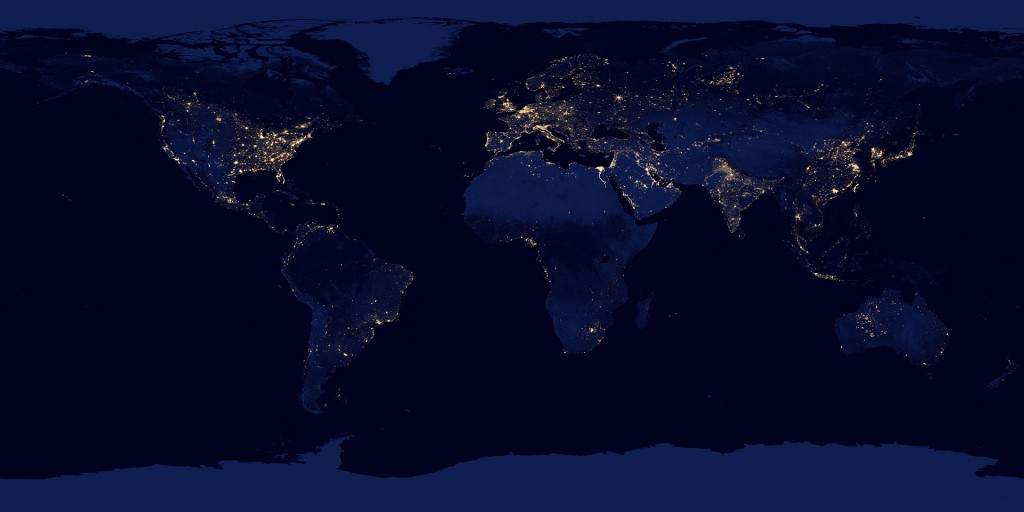 Image credit: NASA Earth Observatory image by Jesse Allen, using VIIRS Day-Night Band data from the Suomi National Polar-orbiting Partnership. Suomi NPP is the result of a partnership between NASA, the National Oceanic and Atmospheric Administration, and the Department of Defense. (Cover image)